The Insect Art of Monique Ligons 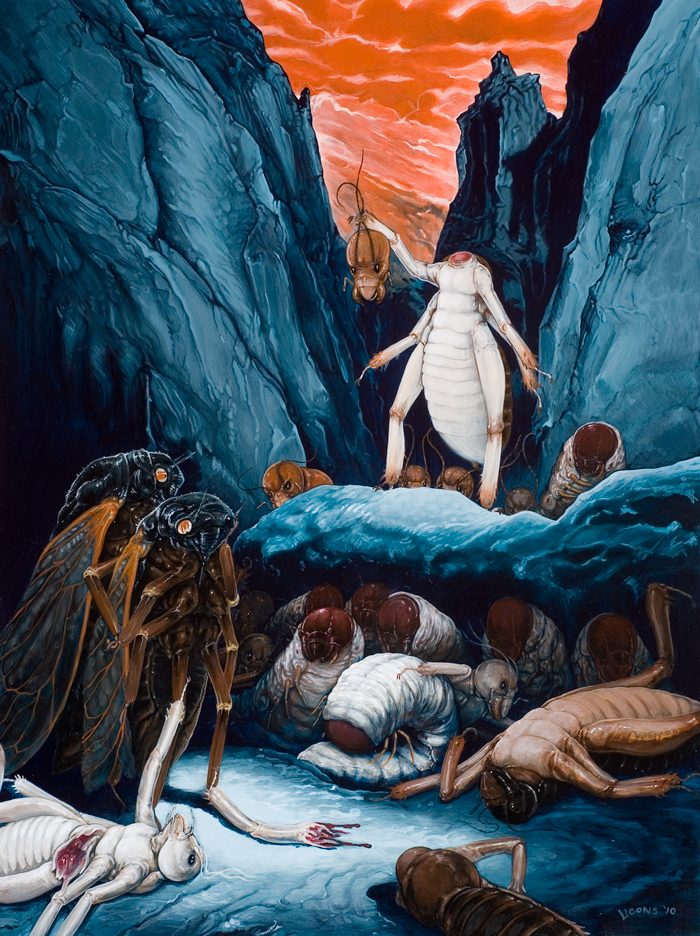 Using Gustave Doré‘s iconic works as a starting point, Philadelphia artist Monique Ligons  created a series of paintings where humans have been replaced by insects and arachnids, entitled the Biblical Insectarium.  Bertran de Born, (a baron and poet whom Dante and Doré depicted in Hell holding his head like a lantern), is replaced by a Jerusalem cricket.  The cricket’s human-like head is made all the more uncanny when held by an upright insect on two legs. Other Jerusalem crickets and beetle grubs cower or lie dismembered, and the face-palming Dante and Virgil are replaced by two somber cicadas.  Don’t know why they’re so upset- insects can live just fine without their heads!

One Response to The Insect Art of Monique Ligons