The Buzz of the Real in the Garden of Mouthings

High in the Berkeley Hills, the UC Botanical Garden has entreated a collection of artists, poets, and architects to create engaging and thought-provoking works, and situate them amidst its twisting trails. The show Natural Discourse will be on display from now until January 20th, and if the idea of wandering though botanical biomes hunting out sequestered sculptures appeals to you, then I heartily recommend it! The artworks are greatly varied and yet carefully curated to complement the scientific and educational goals of a university. Ever since the Presidio Habitats show, I’ve been longing for a good outdoors-artwork show, and so I visited the Gardens for opening weekend with some plant-obsessed friends.

Of course any outdoor botanically-themed art show worth its thylakoids must invariably mention invertebrates, and there was quite a few to choose from. Gail Wight has a series of spider-web patterns burned into vellum. The webs are based on experiments carried out by Peter Witt on the effects of psychotropic drugs on spiders. Displayed inside arid  hothouses, the webs seemed to sparkle due to the tiny holes that burned through. 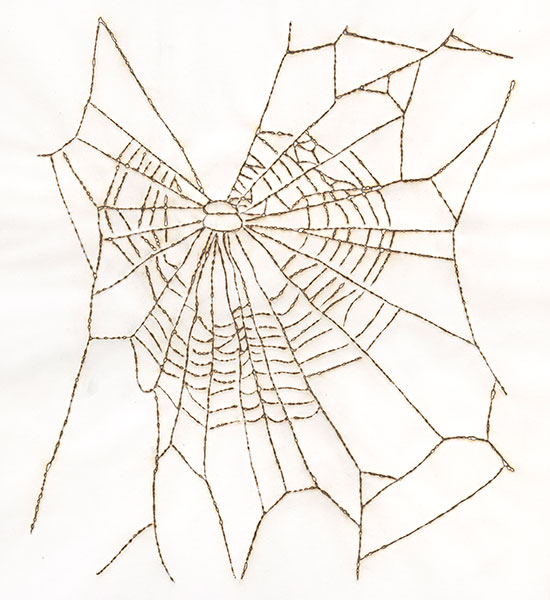 Outside one of the tropical hothouses, Nadia Hironaka and Matthew Suib contributed an insect-filled video piece that played on two greenery-encrusted screens. Directly opposite, the UCBG glass-wall honeybee hive vibrated with waggle-dancing workers. The work was made with a thermal-imaging camera, turning garden footage into an unearthly bee vision panorama. Sadly their work suffers the fate of many outdoor video installations; fighting sunlight and furious apiary activity, an LCD screen cannot compare to the buzz of the real.

Perhaps Hironaka & Suib’s work would have been more effective if projected in a darkened environment.  “SOL Grotto”, by Ronald Rael & Virginia San Fratello, was a delightful meditation on perception. Situated above Strawberry Creek, the dark wooden bunker is pierced with hundreds of glass pipes cozened from local ex-company Solyndra. Tiny snippets of the world outside can be discerned through the tubes, making one feel like they’re inside the compound eye of an insect.

When you travel with insect and plant enthusiasts, your trek is bound to be slow going. As we inched out way up the hillside and paused to look at every blossom, equal time was given to the incredible diversity of pollinators present- honeybees, flower flies, wasps, beetles, bugs, and countless native bees! And crowning the flower beds around us was a wonderful structure by landscape architect Shirley Watts, a shrine to bees of all kinds, called “Mouthings”.

Surrounding the flowing honeycomb-like metal structures are concrete hexagon stumps, and portraits of California’s native bees by Rollin Coville and Gordon Frankie, along with informative text. A poem by Sylvia Plath, ‘The Beekeeper’s Daughter’ is written in ceramic glaze on a large table. Even though Watts’ “Mouthings” is not technically part of the Natural Discourse show, it’s only there temporarily, so check it out (along with all the other great plant-related art) if you can!